The history of Bright Hope Baptist Church is a testimony to the grace and love of God demonstrated in the congregational life of His children. From generation to  generation, Bright Hope has been a beacon of light and pillar of hope in North Philadelphia. Thousands of men and women have been and continue to be touched by this ministry of God.
On February 2, 1910, Reverend James H. Cammack formally organized a prayer group as a Baptist Mission in the home of Brother Joe and Sister Corona Johnson at 2435 N. Alder Street. Because the original congregation soon grew too large for the  Johnson's home, they moved into a two-room house at 2446 N. Alder Street.
One year after this simple beginning, the mission organized as the Bright Hope Baptist Church on March 17, 1911. The congregation purchased and renovated two houses at 2411 and 2413 N. Alder Street. In July 1917, the new church, the "Little Church on Alder Street, as it became known to its members and neighbors, was built at that location. The great progress of the church was slowed by the untimely death of its founder and first pastor, Reverend Cammack, on November 2, 1924.
Reverend William H. Gray, Sr., a preacher from Virginia, shared the faith, vision and leadership for the church and accepted the pastorate in May of 1925. Reverend William Gray, Sr. remained as Pastor until he met with illness and passed away on June 24, 1949. Reverend Dr. and Mrs. William H. Gray, Sr. had one son. On  February 5, 1950, Reverend   William H. Gray, Jr., past President of Florida Agricultural and  Mechanical University (FAMU) in Tallahassee, Florida, assumed the pulpit at Bright Hope Baptist Church. This marked the beginning of a tremendous period of spiritual and physical growth for Bright Hope. On October 27, 1963, Reverend Dr. Martin Luther King, Jr. spoke at the ground breaking ceremonies for the new $1.2 million church and youth center. On September 27, 1964, Reverend Gray, Jr. led the membership from the old church at 12th and Oxford Streets into the new and present  facility at 12th Street and Cecil B. Moore, and first services were held.

During the 22 years under Dr. Gray, Jr.'s leadership, Bright Hope's reputation and influence had extended well beyond North Philadelphia. The mission and ministries of Bright Hope became known throughout the city, state, and country. Dr. and Mrs. William H. Gray, Jr. had two children, Marian and William, III. On January 26, 1972, Reverend Dr. William H. Gray, Jr. was called from labor to reward.

His son, Reverend William H. Gray, III, became the fourth pastor of this congregation. Under Reverend Gray, III's leadership, Bright Hope continued to expand its ministries and services to the membership and community. At the urging of many church members and community leaders, Reverend Gray, III became a candidate for the United States Congress. After a hard fought campaign, he was sworn in as the Congressman from the Second Congressional District in Pennsylvania on January 15, 1979.
Some 2,000 Bright Hope members, constituents and friends traveled to Washington to witness and celebrate this blessed occasion in the collective lives of both pastor and church family. Assuming this national ministry in Congress ultimately resulted in Reverend Gray, III becoming the Chairman of the influential Budget and Finance Committee and assuming the office of Rev. William H. Gray, Ill, the Majority Whip, making him the highest ranking Black governmental official in the country.
During his years in Congress, Reverend Gray, III's vision for the church continued to be realized. In 1979, Operation  Lifeline was founded to address the needs of our senior citizens. On June 8, 1980, the ground breaking ceremony for the Gray Manor Senior Citizens Residence Home was held. The dedication service for the 130 unit facility was held on September 26, 1982. Gray Manor, named in honor of Reverend Gray, Jr., continues to provide a loving and caring environment for its residents.
In 1983, The Bright Hope Survival Program was established to address the  increasing number of the poor and homeless within our community. The program includes a food pantry and clothing distribution. This program has played a vital role in the survival of many of its recipients. To date, Bright Hope has served more than a million meals to people in need.
Pastor Gray retired from his position as Congressman in 1991 to become President of the United Negro College Fund. In 1994, President Bill Clinton asked Pastor Gray to assume the responsibilities as his special advisor to Haiti. While Pastor Gray continued to grow as a force in international politics, the ministry of Bright Hope continued to flourish as well. Reverend William and Mrs. Andrea had three sons:  William H. Gray, IV  (Jennifer), Justin and Andrew.  Reverend William H. Gray, III served as pastor for 35 years (1972-2007) and was recently called from labor to reward on July 1, 2013.
Rev. Kevin R. Johnson resigned on October 31, 2014 after 7 years of service, and on November 1st, 2014, Rev. Carmen C. Marshall followed God’s leading and accepted the role of Executive Pastor of Bright Hope Baptist for the next 3 years. In October of 2017, Rev. Dr. Darron D. McKinney, Sr. was elected as Bright Hope's sixth Senior Pastor. 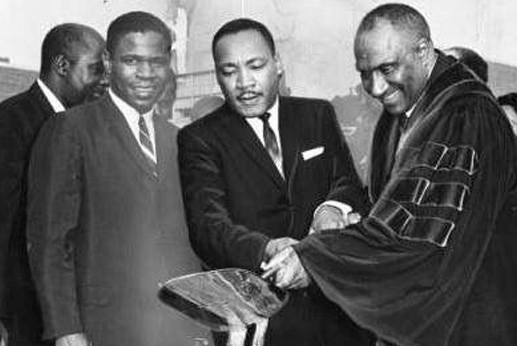 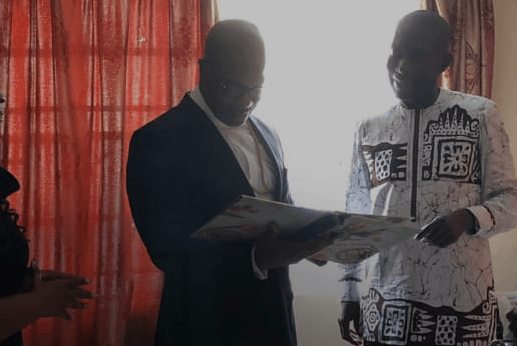 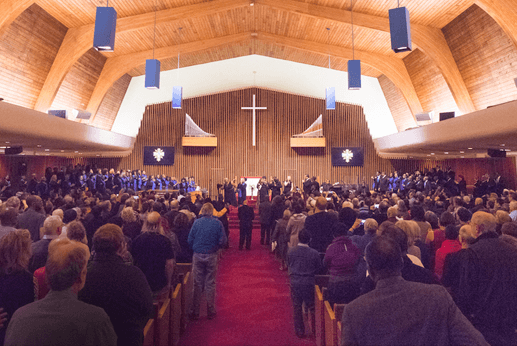 Copyright . All Rights Reserved . Site by The Church Online, LLC.